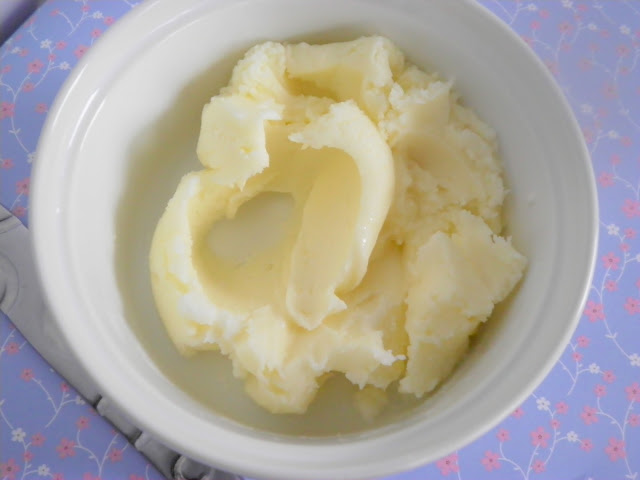 A while back, before I joined Weight Watchers (weren't expecting that revelation, were you?), and deep in the midst of diet research, I came upon something called the Vice Diet. The diet's creator promised that by cutting out the one food item you love and therefore eat more than recommended, you could lose staggering amounts of weight.

Hmm, I thought. What would be my vice?

The answer hit me like a ton of bricks: cheese, you dummy.

Well, that will never work, I thought as I pushed it away. What would be my second vice?

That answer was even worse: butter, you dummy.

So the Vice Diet isn't for me. Granted, I've cut back (severely) on both items, but I still eat them in moderation. And I've lost 5.6 pounds since the first of February. So pfffft to you, Vice Diet.

As usual, I digress. I learned that I could make butter in a stand mixer, but then my brother texted recently that he'd made it in a mason jar with marbles, and I simply couldn't put it off any longer. Let me tell you: you've never had butter unless you've had it from your own kitchen. If I could get fresher cream it would amp the awesomeness even further.

Using the paddle attachment of your stand mixer (it will be difficult to remove the butter clumps if you use the whisk attachment), beat the cream on medium high speed. When the cream forms stiff peaks (like whipped cream), you're halfway there. Continue beating. The cream will become clumpy and grainy and you'll wonder if you're doing something wrong, but just keep going. Resist the urge to scrape down the bowl - when it's ready it will scrape away from the bowl. Once the mixture starts sloshing and splattering, it's a sure sign that the butter is ready, as that means the liquid has separated from the fat.

Store in a tightly closed container in the refrigerator for no more than 2 weeks.