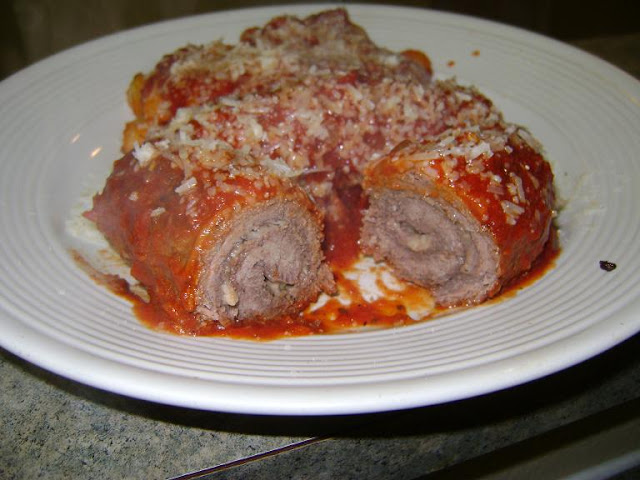 Please enjoy another guest post on an Italian favorite, bracciole (bra-johl) from someone who's perfected it: my brother Craig. Bracciole is basically a slow-cooked/braised meat roll that's excellent served alongside pasta.


***
While my sister is out and about exploring new things on her end of the blog, my contributions always represent the good ol' standbys, the food you can make without needing to refer to a recipe list. Not that I'm in a rut, but it's the easiest thing for me to whip up when I get a text message from Vic asking me to contribute something WITHOUT an expense account or reimbursement. So until one of those things comes into fruition, she can do all the fancy uncharted territory dishes and I'll do what my poor college student lifestyle with way too much student loan debt can make me.

This is of course a meal that costs about nineteen dollars, but tastes like a million. It does, I promise. Bracciole! Now the spell check is wanting me to replace that with bronchioles, which is part of the lung. I can only hope that you don't eat this so fast that you get some food down the wrong pipe and get some bracciole in your bronchiole.

First, get these things:

Thin thin steaks, like top round steaks or “specialty”cuts from your grocery store saying they're thin
Parmesan cheese
Garlic, about three cloves worth, super chopped
Salt and pepper
Olive oil
Your own homemade tomato sauce. Ragu will not be tolerated (note: Ragu will be tolerated - homemade is best, of course, but do what you want. Craig is just pretentious).
Butcher's string
A knife
A cutting board
A pan
Patience

To begin, make the steaks as thin as possible without seeing through them. If they're over 1/8” thick, pound the tar out of them. Here is a good comparison between stock height and post-flattening. 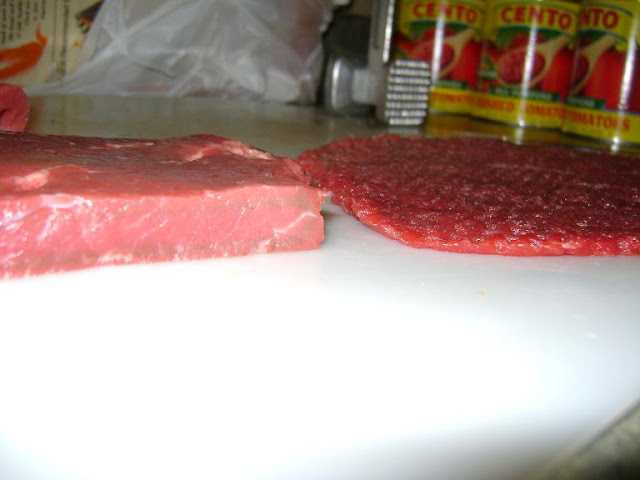 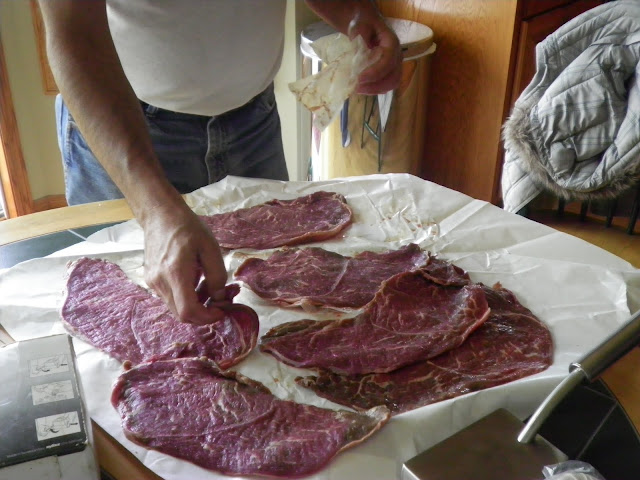 Lay them out and trim them into square-ish forms. The scraps can either be pan-fried for snacking on or can go into the sauce to bring out it's awesome meatiness. Now, this is the easy part: add the salt, pepper, cheese and some garlic to each one. Don't be prissy about it. 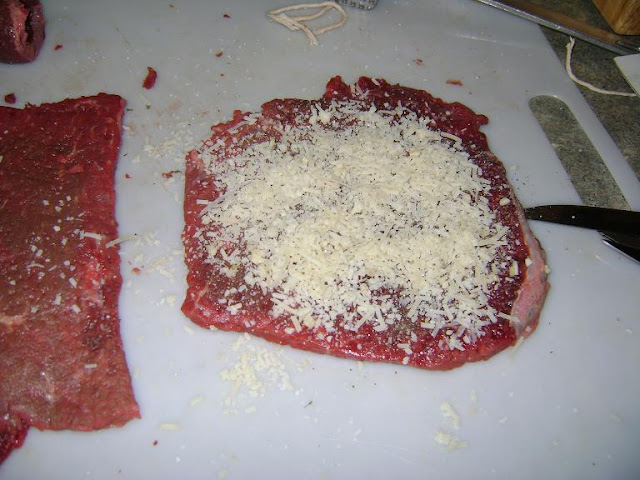 And the hard part: roll them up without losing as much of that stuff as possible. In comes the string – tie a surgeons knot (two loops) in the center, then finish off with a regular knot. Follow that with one on each side, about an inch or so inside the ends. 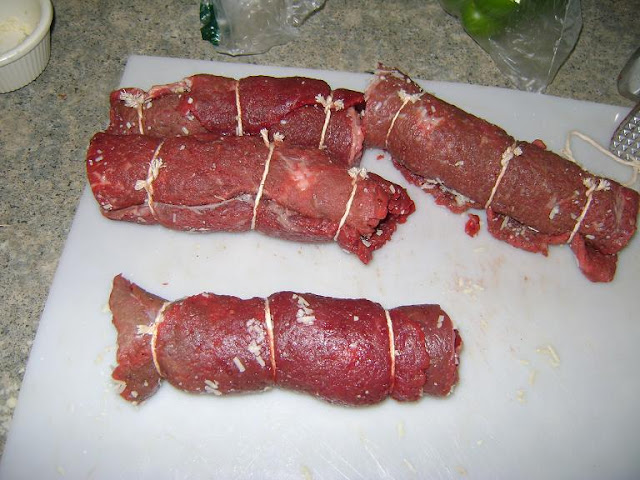 Heat up your pan and your sauce and throw the meat rolls into the pan with hot oil, a couple at a time. All you need to do is brown them all around. 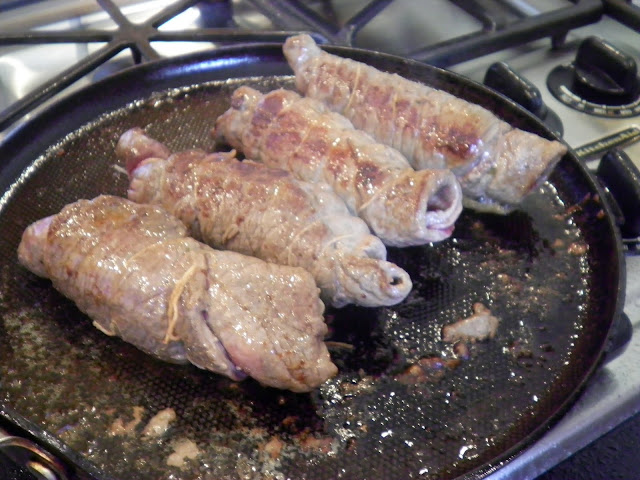 Once they've been dealt with, throw them in the pot of red sauce. Let them sit for no less than two hours, if not until tomorrow. 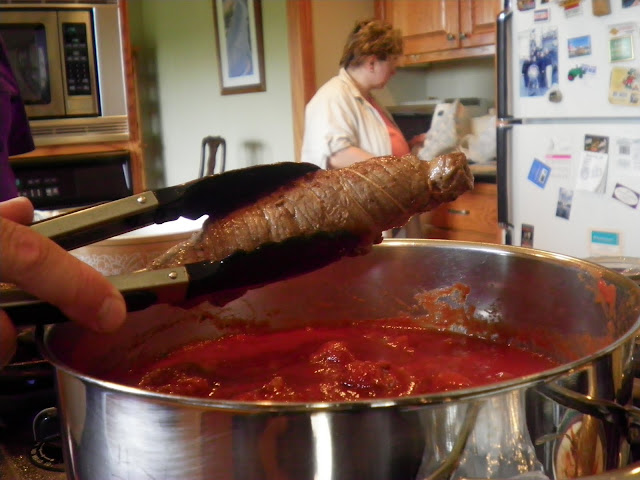