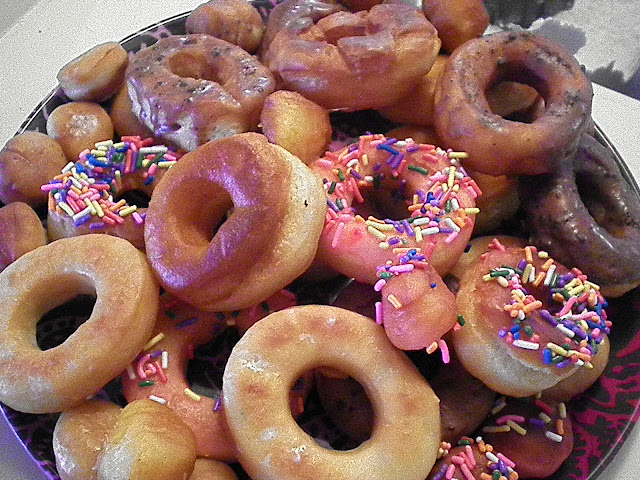 The October 2010 Daring Bakers challenge was hosted by Lori of Butter Me Up. Lori chose to challenge D-B-er's to make doughnuts. She used several sources for her recipes including Alton Brown, Nancy Silverton, Kate Neumann and Epicurious.
Despite my excitement when October's challenge was posted, I was unfortunately disappointed at the results. My donuts just didn't rise, and I know where to lay the blame. I know better. I'm disappointed in myself.

For whatever reason, I refused to use my mixer, and opted to make the entire dough by hand with a whisk (which is actually ok). People were making baked goods before electric hand mixers and stand mixers. But, I didn't make up time for power - meaning I should have whisked for way longer doing it manually than I would have had to with some electricity in hand. There simply wasn't enough air in my dough, which made for a paltry rise. I started my dough and left it to rise while I went to Zumba, expecting to find fluffy, towering puffs of doughnutty dough to fry and douse in sugar when I returned from my hour of intense calorie burning. 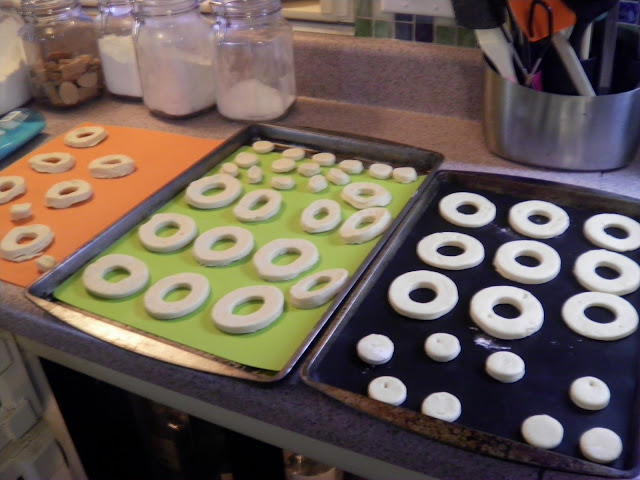 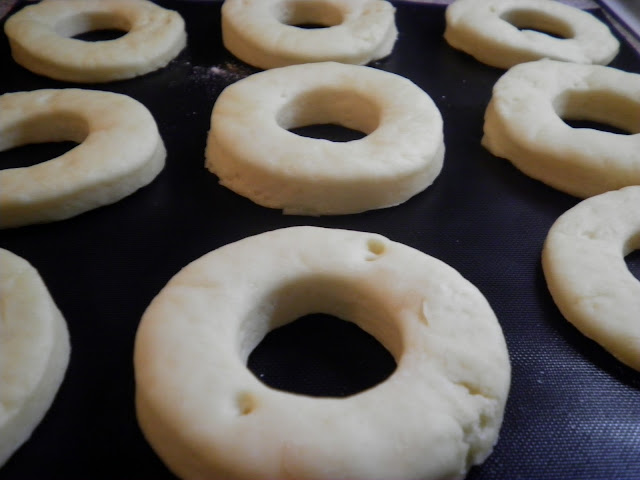 Then my candy thermometer broke in the dutch oven and released mercury into my oil. What's the point of being able to measure 400 degrees if the damn thing gets too hot to stay intact at 375? So I switched to the cast iron skillet, which I suppose worked just as well. 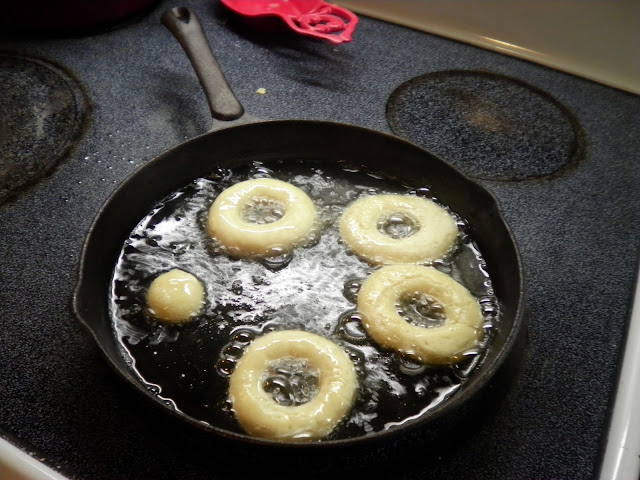 They rose a little more as they cooked, but overall I was unimpressed. Regardless, I pushed on with a variety of glazes: classic, chocolate, pumpkin, and "Homer Simpson pink." 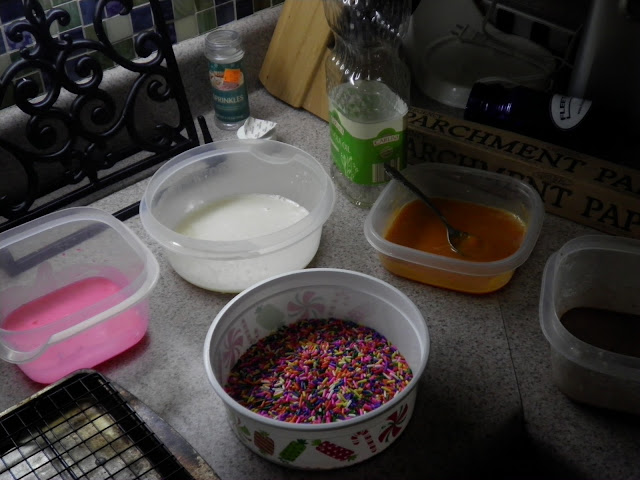 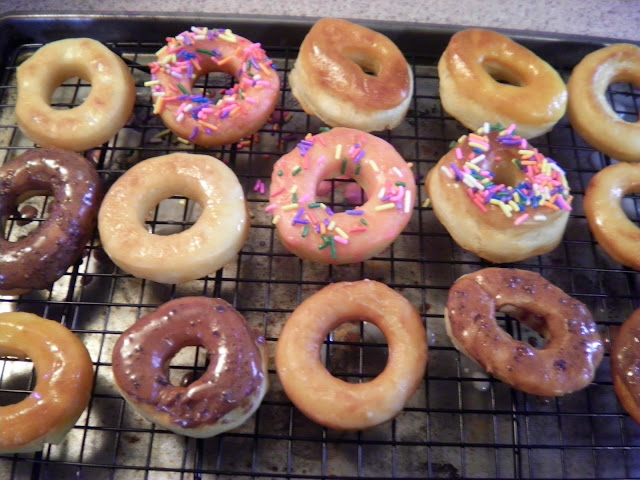 I've got to start paying better attention to the Daring challenges. Baking is a relatively new concept for me, and while I've impressed myself recently, I've also been getting ahead of myself as far as the challenges are concerned. If I hadn't rushed myself to get these donuts done, they might be as pretty as some of the other Bakers'. Lesson learned, I hope.